I think the only thing worse than being injured is the threat of injury. I’ve spent a lot of time injured. In 2010 I ran my first marathon and was semi new to the distance running game. I had run a handful of half marathons, but still made stupid mistakes like trying to break in a new pair of shoes (that I wasn’t properly fitted for) on a 20 mile run. This resulted in my foot in a bucket of ice for a few weeks. In 2011 when I was training for my second marathon in May and half marathons that Fall I was plagued with left IT band issues and right knee issues. In late 2012 my IT band issue returned and I finally went to physical therapy and spent all of 2013 being treated/learning to prevent injury as I completed the NYC Triple Crown. I finally thought I had wised up when I spent all of 2014 injury free. It felt like I was industrictable. 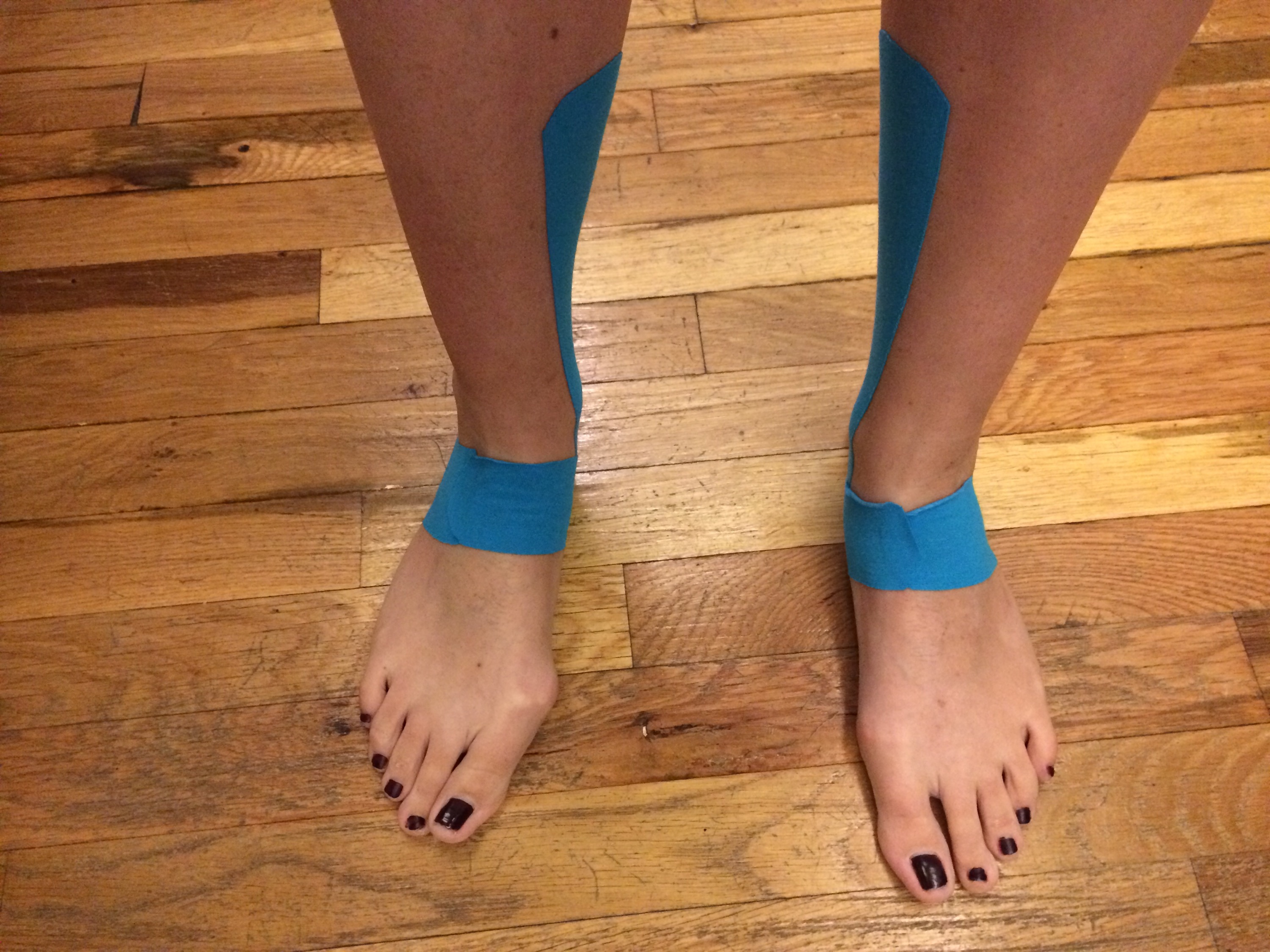 Cut now to early 2015 where I started experiencing some calf tightness on both of my legs. I had been primarily training on the Hoboken Riverwalk during the winter, a notoriously flat surface, so I thought the tightness was due to muscle overuse or lack of variation along my routes. I started running hill repeats in Central Park to to add in different terrain and strengthen different muscles in my legs. But the calf pain didn’t go away.  On what was supposed to be my 10 mile run before the NYC Half, my left calf seized up. It felt like my calf had been replaced with a softball. The tightness was unyielding and I cut my run short to 8 miles. The next week I was cautious and ran 8 miles in the city (once again contributing my soreness with the constant flat course). I had a better run, but now the inside of my right calf was tightening. It didn’t hurt like my left had the week prior, but just enough for me to worry but never speak of it aloud. If you admit to having pain, it becomes real. It’s like saying Beetlejuice three times. Deny, deny, deny. Ignore it and it’ll go away.

During the NYC Half it did not go away. I started feeling the soreness around mile 2 and it never got better, but it also never got worse. I stayed strong through the race and the week or two afterward. Every run, and even on some walks, I felt it. Not worse, but not better. I eventually started talking about it, making it real, and making an appointment back at Finish Line Physical Theaepy for the first time in almost a year and a half. Brynn, my amazing PT, quickly told me to calm the heck down with my training. “You have the tightness calves I’ve ever seen. You’re gaining muscle but you can’t sacrifice your mobility for it. Look at you. You can’t even sit up straight” and she was right. Sitting up straight on the table with my legs in front of me was painful but it had been for years. She quickly reminded me that that wasn’t an excuse. She worked her magic (which is a nice way of saying she made me call out and almost cry like a baby as she helped me heal) and I was told no more running until you’re 2-3 days pain free. While I’m not full-blown injured, if I’m not careful I will be soon.

If you’re in training with races looming over you, the last thing you want to hear is “no running” even if there’s a tentative timeframe for you to get back on the road. I was allowed to swim and bike to my hearts content (as long as it was pain free) so I bought an indoor trainer for my bike and set out to keep my fitness up. I was not willing to sacrifice what I had been working hard, putting in hours and flights of stairs to achieve.

While I’m able to run again, I still have pain in my calves, no more than a 1 or 2 on a 1-10 pain scale (I’ve been conditioned not to run through pain higher than a 4). Knowing that my training could be making me worse is terrifying. It’s the limbo that’s killing me. With every step I worry that this is the one that will stop me in my tracks and lead me on 2-3 weeks (or heaven forbid months) of PT. All I can do is be conservative, stretch, rest and ice and pray this doesn’t get any worse.

Have you ever been injured? How did you recover and stay injury free?